Today, I’ll do a short review of the 18th Jan 2016 News Zero Ichimen segment. In this Ichimen, they talk about the cold weather in Japan, and precautions to take to stay safe. 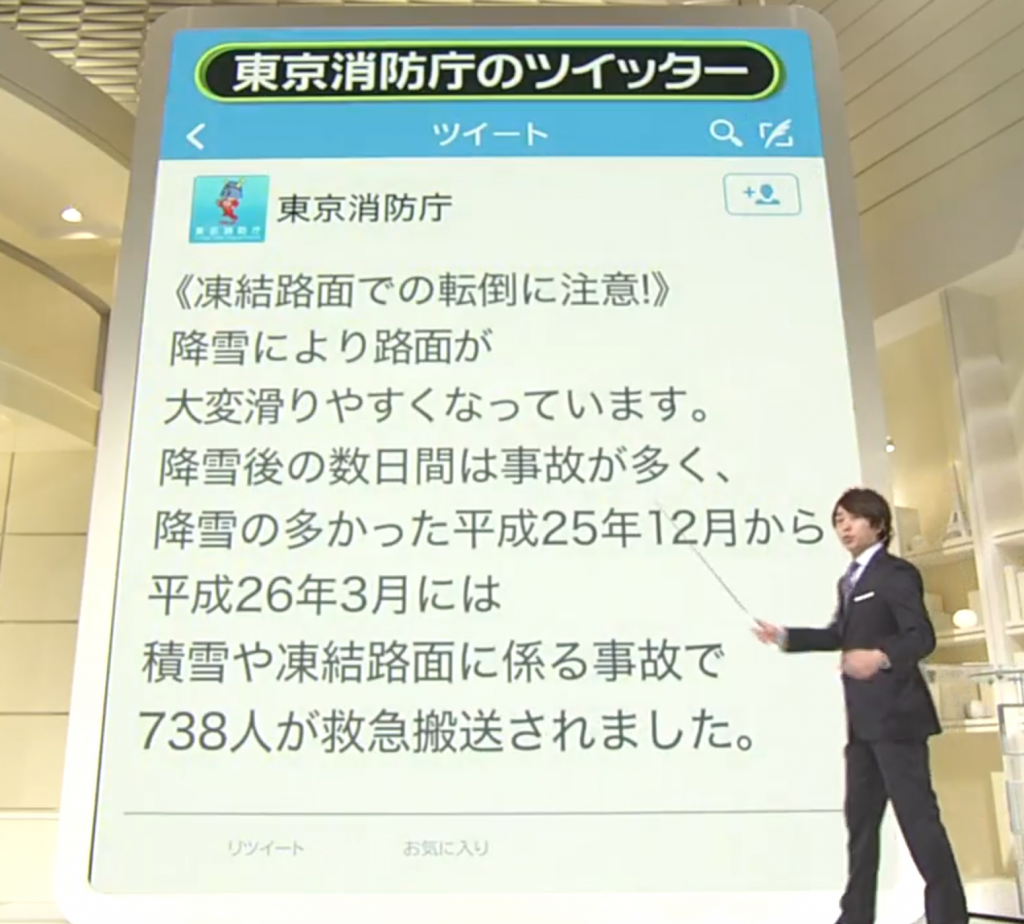 First, let’s look at the tweet from the Tokyo fire department. The most important point to note is that snow related accidents occurred mostly on the days following heavy snow. 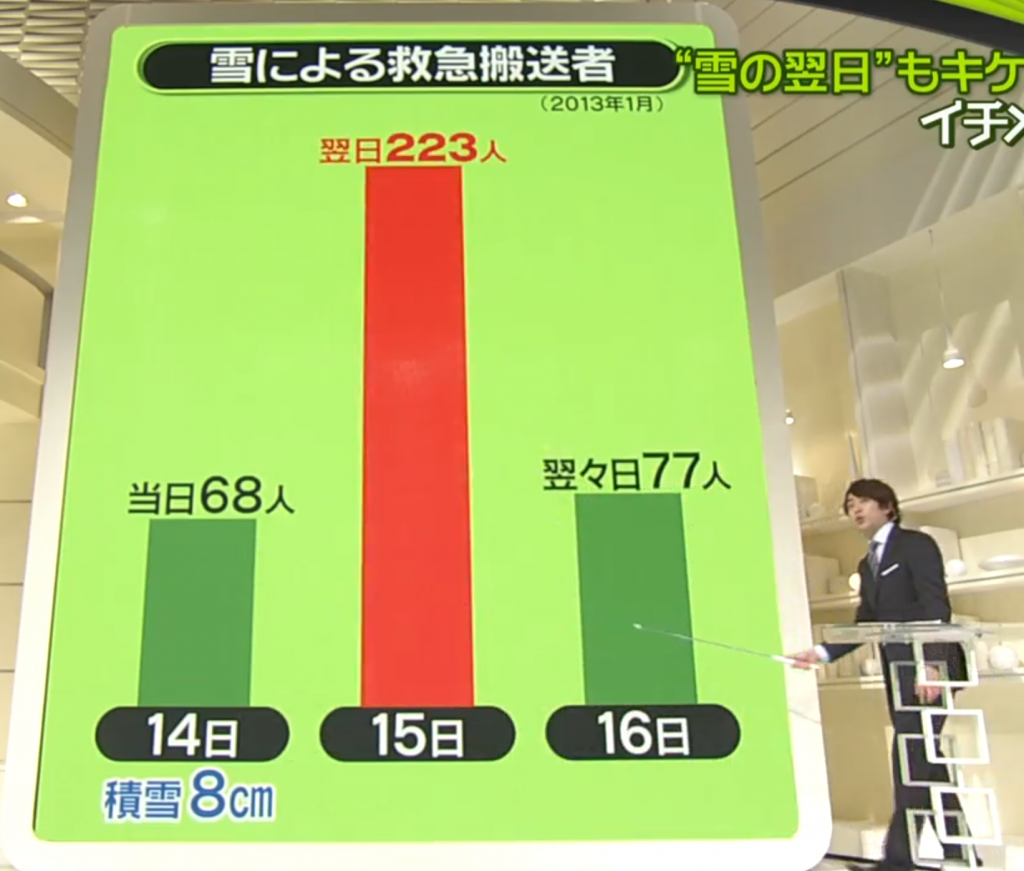 Data from 2013 showed that there were three times as many accidents on the day after heavy snow, compared to the day of the snow fall itself. 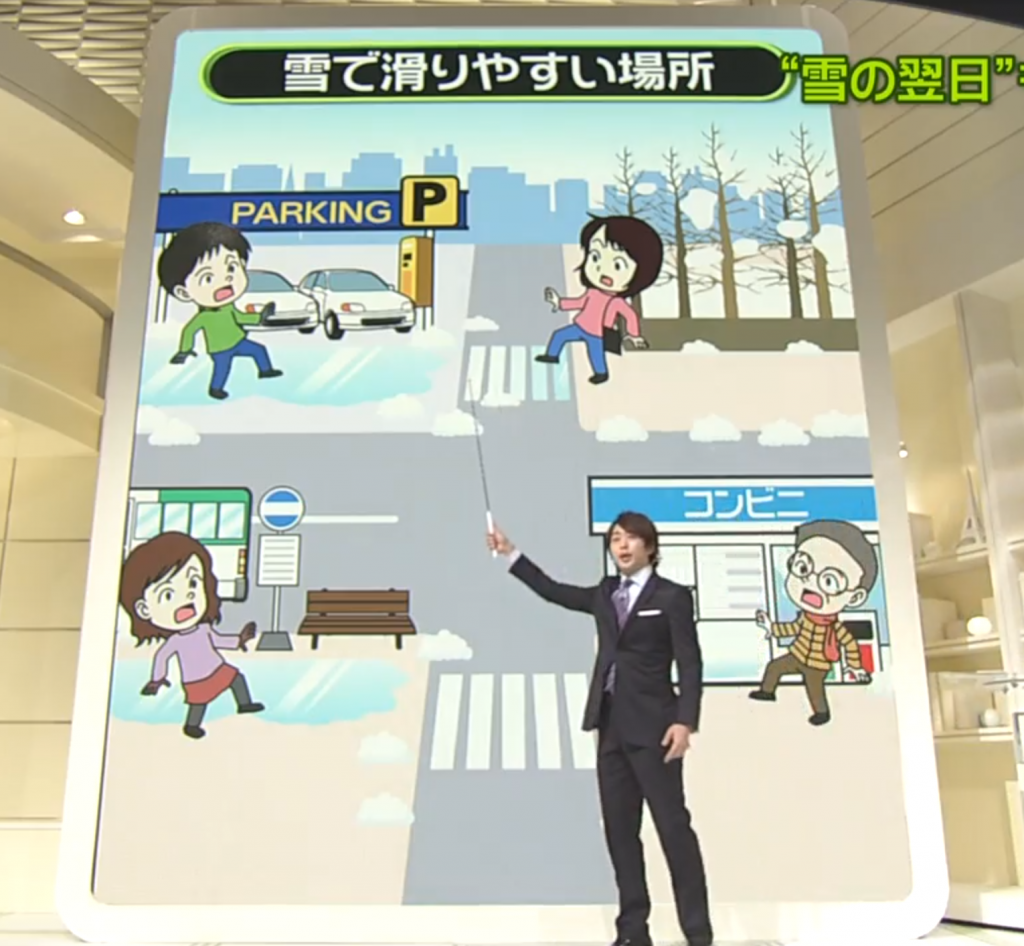 These are the four places where accidents frequently occur after snowy days.

In bus stops and car parks, the heavy traffic from vehicles means that snow often gets compressed into ice.

Thin films of water often form on the pedestrian crossing stripes, and will freeze into ice.

Finally, at the entrance area of convenience stores and other similar places, ice may get stuck to the sole of your soles and present a slipping hazard when stepping on the tiles of the store.

So, how do you prevent slip and fall accidents? The Tokyo fire department as a few suggestions. 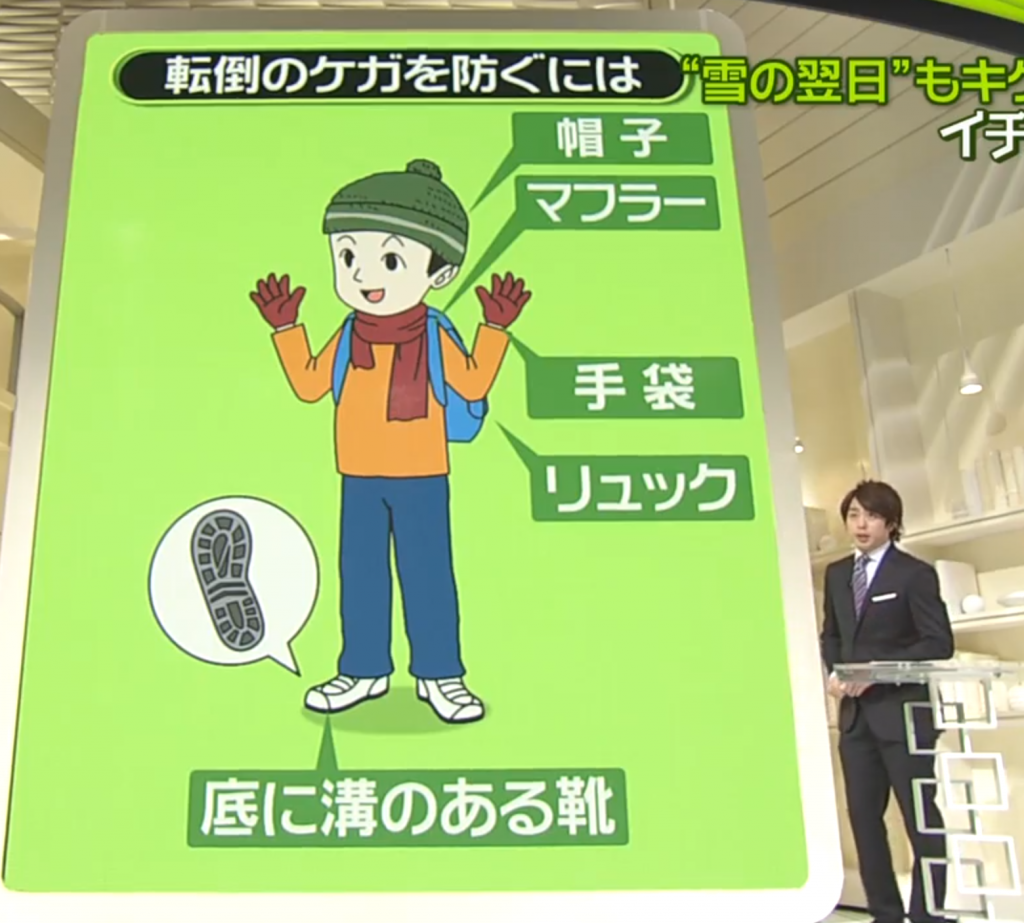 Firstly, cover up your body. Wear a winter hat, gloves, and mufflers. These will reduce the impact of the fall should you slip. Secondly, avoid leather shoes and high heels. Instead, put on shoes with anti-slip soles. Thirdly, keep your hands free so you can break your fall; carry a backpack instead. 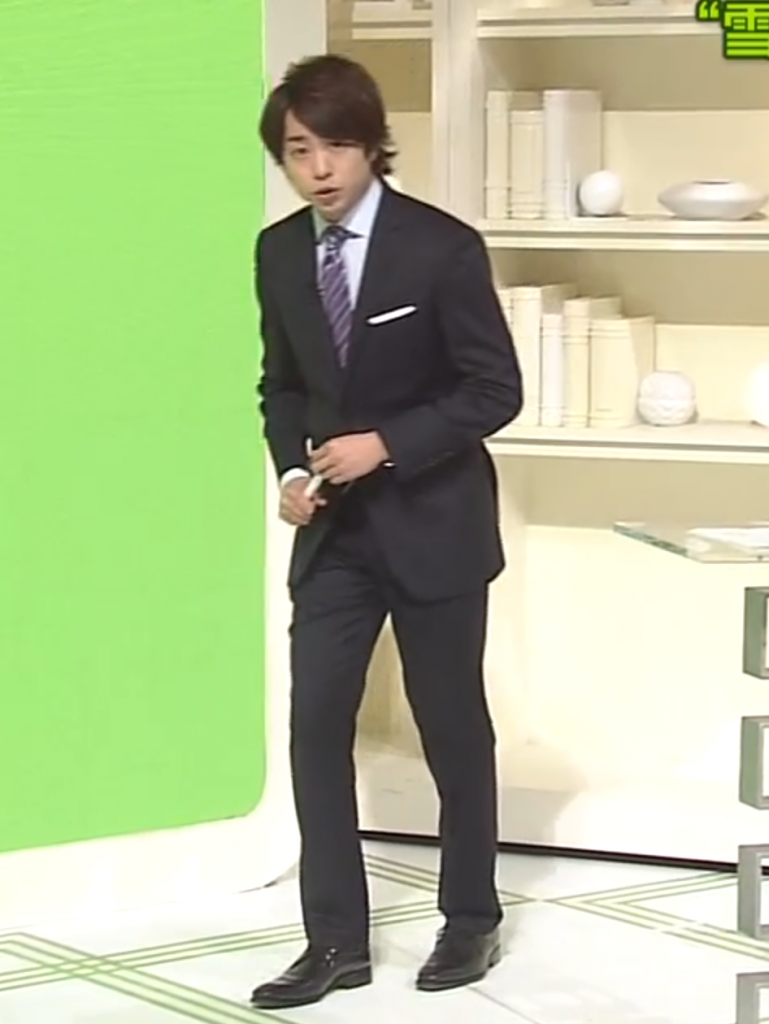 Finally, keep your center of gravity to the front while walking. Put your feet flat on the ground, and take small steps.

There are other things to take note of besides the risk of slipping on ice. 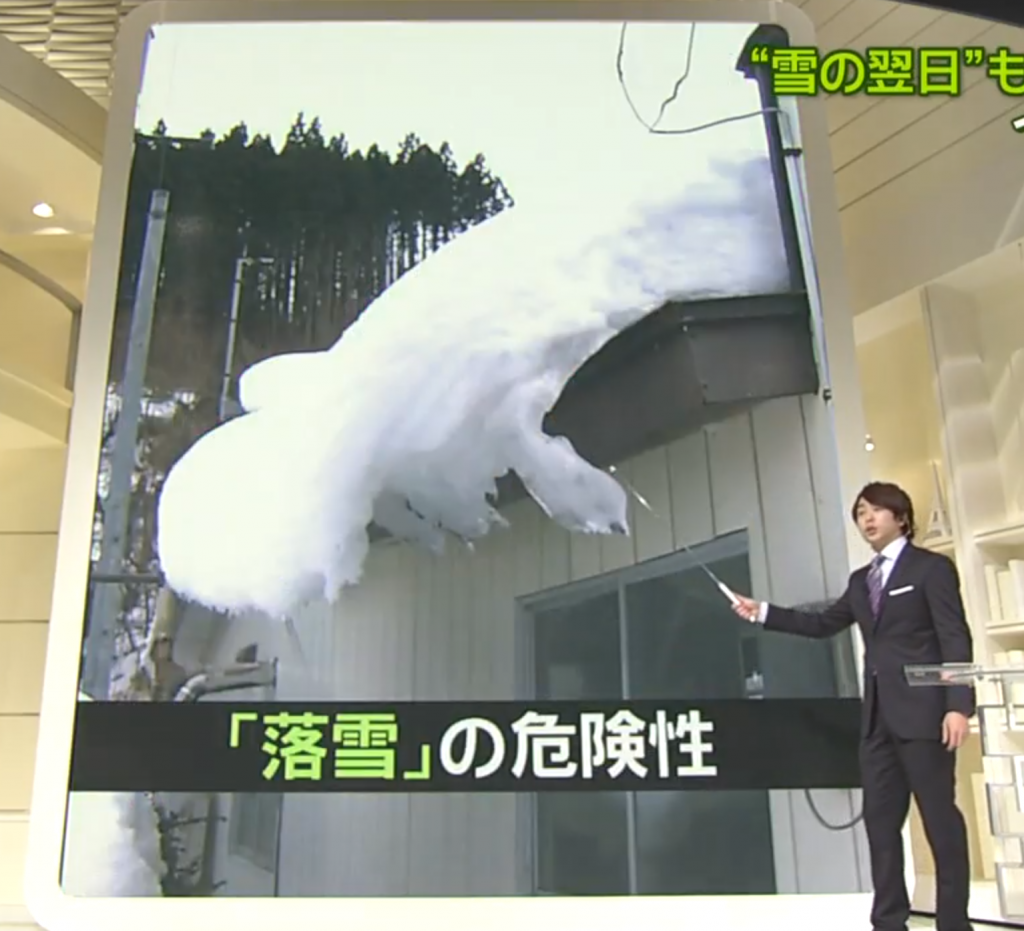 That is, the danger of snow falling from rooftops. 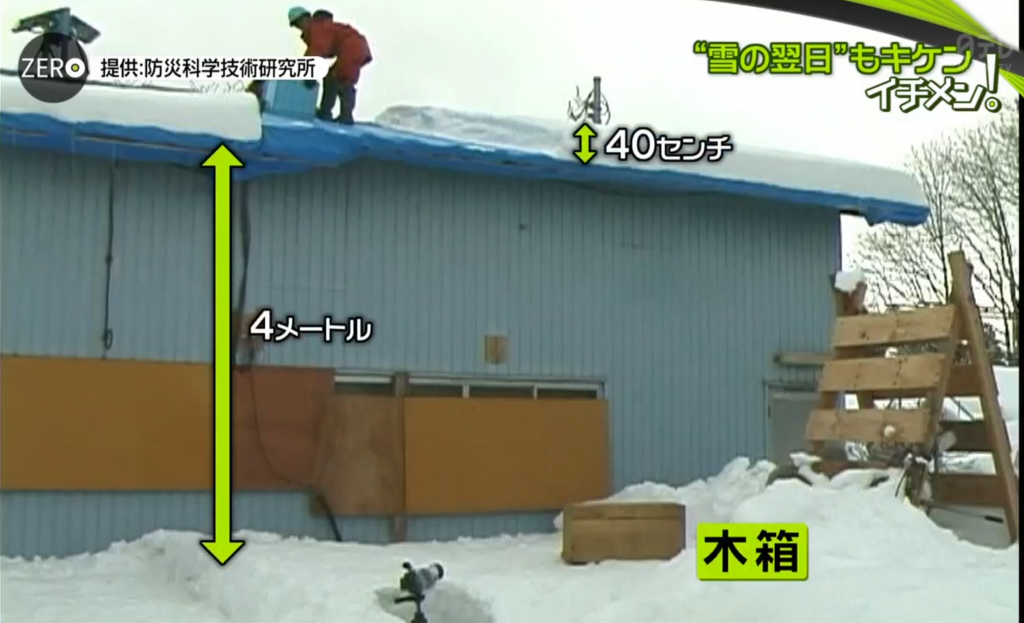 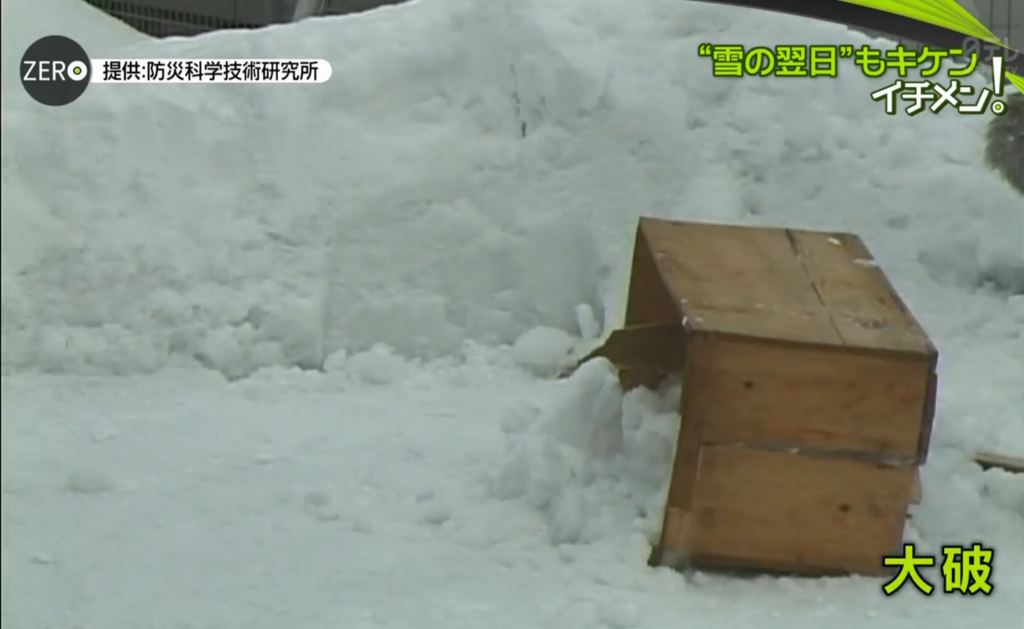 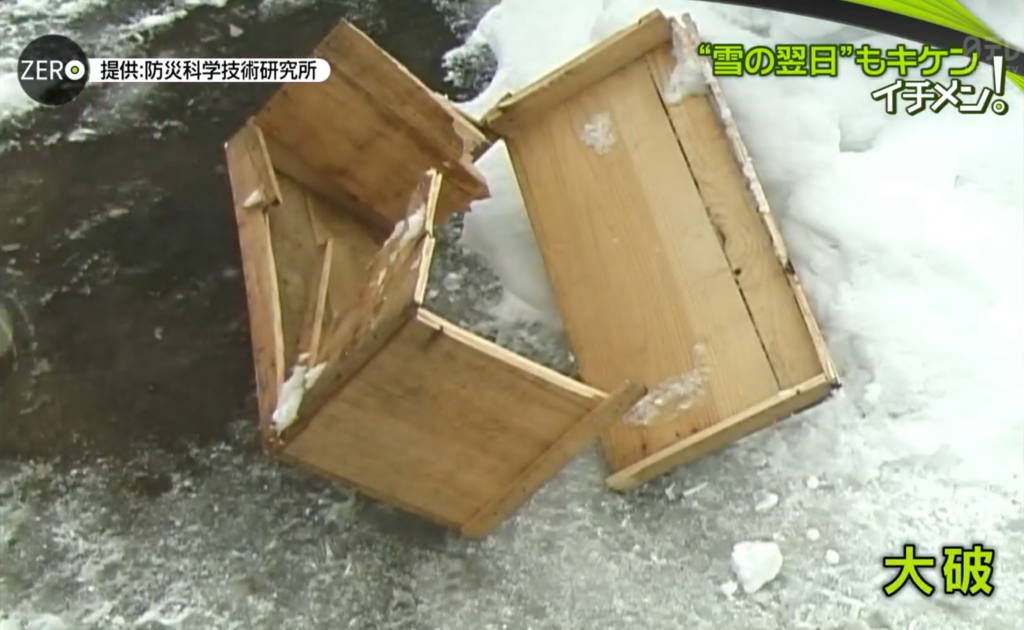 A 40 cm thick block of snow falling from a height of 4 meters completely destroys a wooden box. 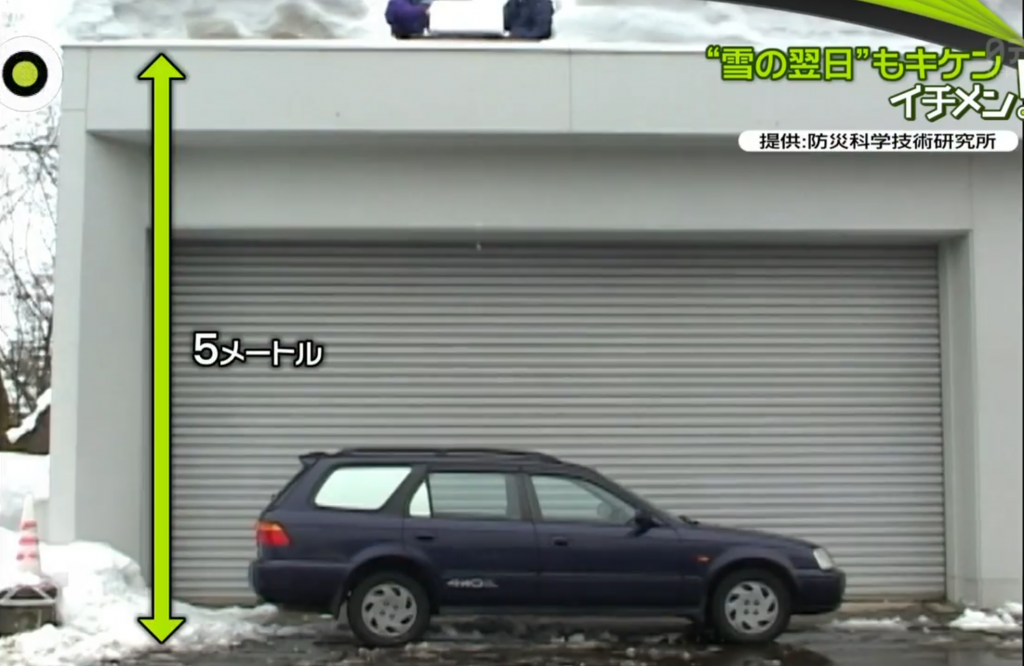 This time, the snow block is dropped from a height of 5 meters. 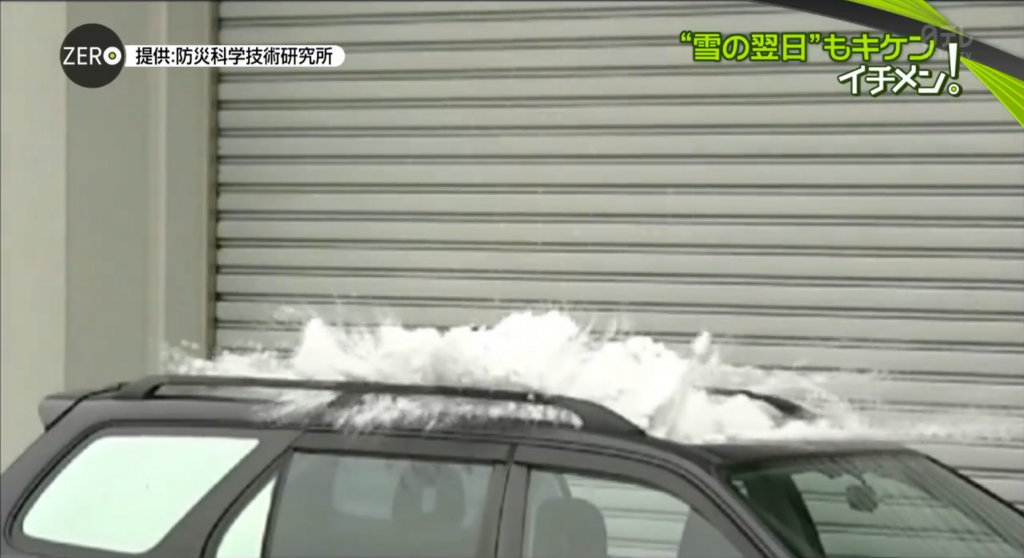 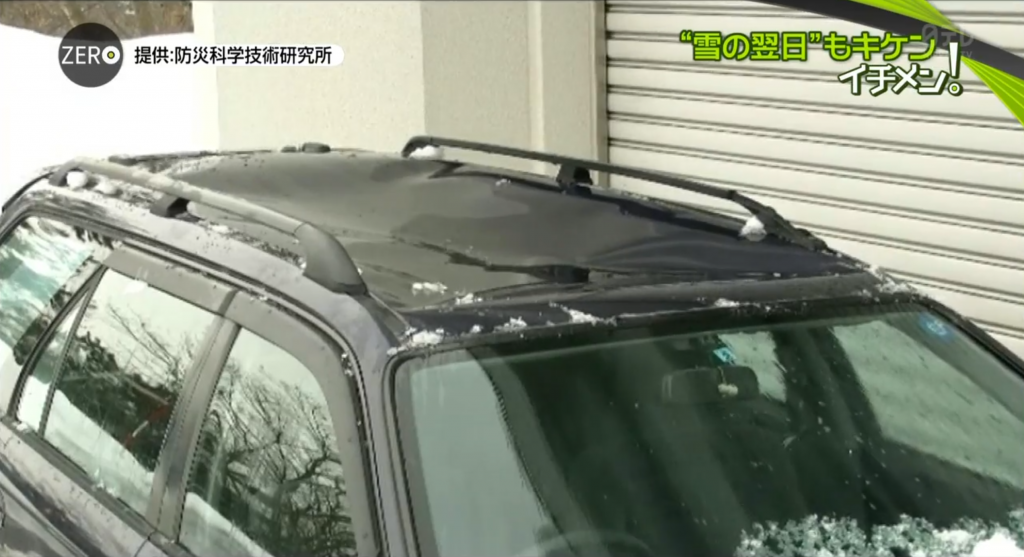 The roof of the car is dented.

As the temperature increases, the snow melts and falls off the roof, posing danger to pedestrians. Avoid walking below the roofs and under the eaves. 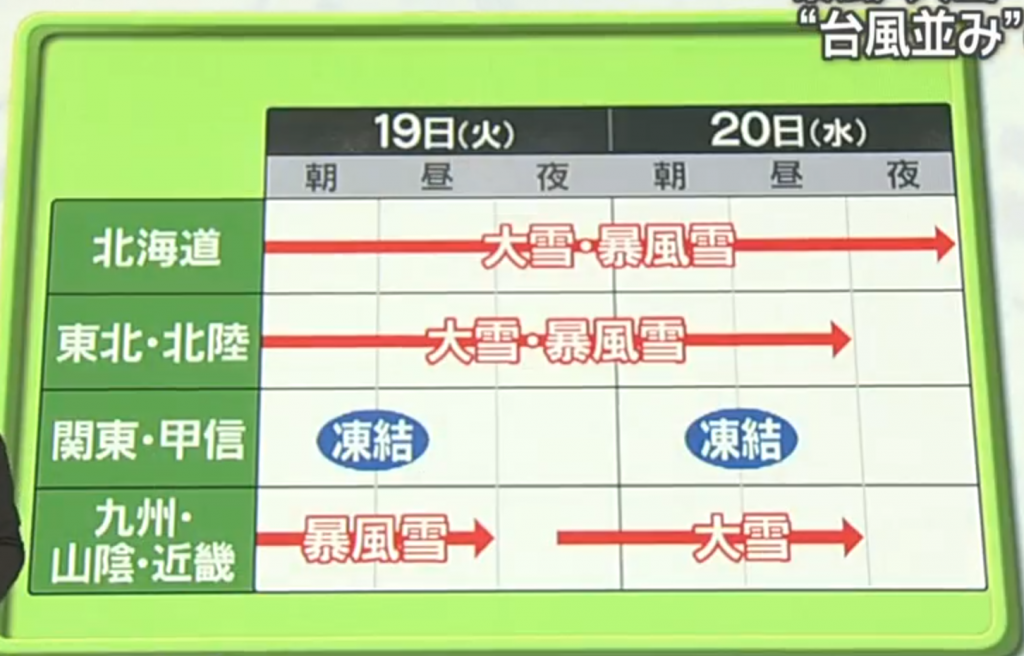 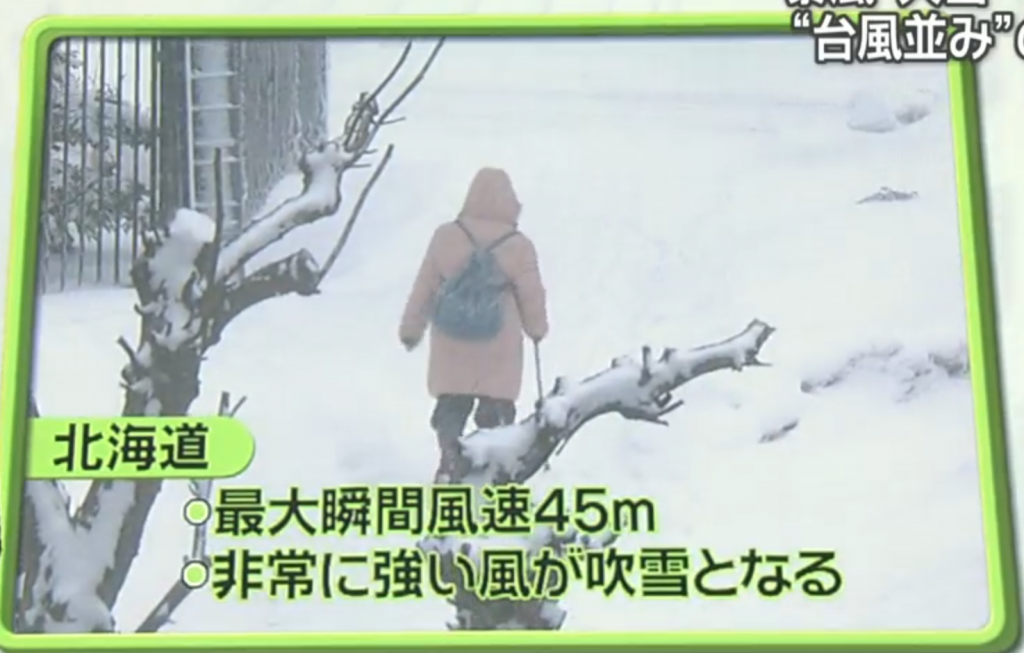 The weather in Hokkaido is particularly bad, with maximum wind speeds of 45m/s, equivalent to wind speeds during typhoons, together with heavy snow. As a result, visibility is poor and it’s dangerous to drive. Residents are advised to stay at home.

And that ends this segment of Ichimen.

While these would be common knowledge if you live in snowy countries, Tokyo typically does not see much snow in winter. And for those of you from tropical climates like myself, do keep these tips in mind if you encounter snowy days when travelling.

Check out the noteworthy vocabulary to this segment here.