Remember the post about Arashi BLAST in Miyagi DVD?

Well, my copy has arrived!

It arrived on Monday actually…

But Monday was my day off, and my whole family was out.

And I only saw that on Tuesday as I was putting on my shoes and heading out to work. Luckily for me though, the package has been placed in a nearby POPstation – a mail locker, rather than the post office. The POPstation (as long as it’s nearby) is way more convenient. No queues, and available 24/7. It was just a little ways off from my route to work so I decided to pick it up on the way to work.

That’s the POPstation. Conveniently located just 1 minute away from the MRT station.

Retrieving the parcel from the locker.

I wrestled open the box on the train. I must have looked like a crazy girl as I tried to peel open the tape on the box…

Of course, when there’s a will, there’s a way. Got the box open, and got to my precious DVD. I was lucky enough to get the LE DVD version.

The back cover of the DVD. With the concert setlist printed. 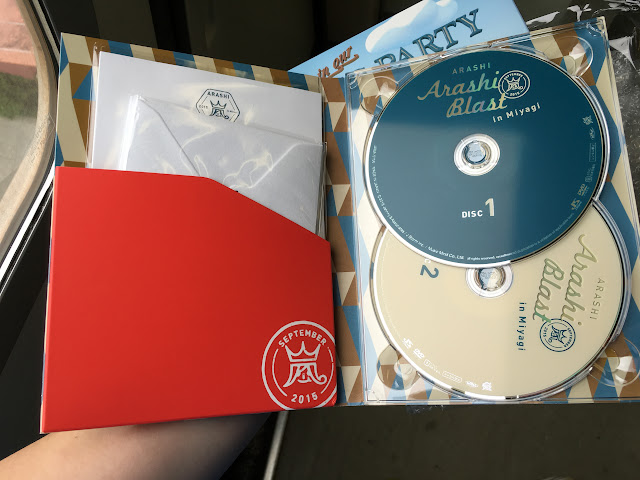 Inside the DVD jacket.

And here’s how it looks like inside. Two discs. And since I managed to grab the LE version…

I got the letterset!

The other side of the envelope is just blank. So you can write the name of the addressee etc.

What are these lettersets for you ask?

“Who still sends out letters these days?”

Well, who says a ‘letter’ has to be posted? In Japan, writing letters in the form of thank you notes, congratulatory messages, or birthday well wishes is very common. These letters are then handed over to the addressee in person. You’ll see many of such lettersets sold in Japan. In Singapore too, I see them being sold in places such as the Japanese bookstore Kinokuniya, and the Japanese lifestyle shop Tokyuu Hands.

Anyway… back to the DVD… 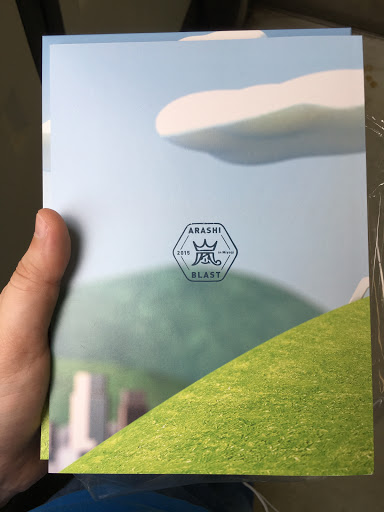 And the back of the photo booklet. I like that hexagonal shape being incorporated into everything. The logo, the stage…

And here’s a look at the whole package… Well, ALMOST whole. Disc 1 is sitting inside my laptop now, and since I’m halfway through it, I’m not inclined to take it out.

CDJapan is still, by far my favourite place to get my CDs and DVDs. And well, Japanese books too. I’ve ordered a whole bunch of Murakami Haruki books (yes, in Japanese) from there and they are just like… $5 USD each. Well, some of the titles are more expensive… But I only bought the cheap ones. Still, books are heavy so I’ve picked the cheaper (and slower) shipping option. Can’t wait for the books to arrive!

But… for CDs and DVD pre-orders… Definitely CDJapan. They ship way earlier than HMV or YesAsia. With EMS shipping, I’ve always gotten my CDs/DVDs before the release date. When I tried HMV, I only got it two or three days after the release date. Boy was I pissed. Because of the fast shipping though… CDJapan is the top choice for many fans and therefore things get sold out really fast… So if you want to buy from there, you have to be quick! Subscribing to the mailing list for the artist of your choice helps too.

Anyway… If you’d like to get your own copy of the Arashi BLAST in Miyagi DVD, do check out the links below! All the first press editions are now sold out… But all you’re missing is just 15 sheets of paper and 5 envelops. The rest of the contents are the same!