Hi! It’s been a while since I did the last kanji spotlight! The word I’m going to introduce is gold! 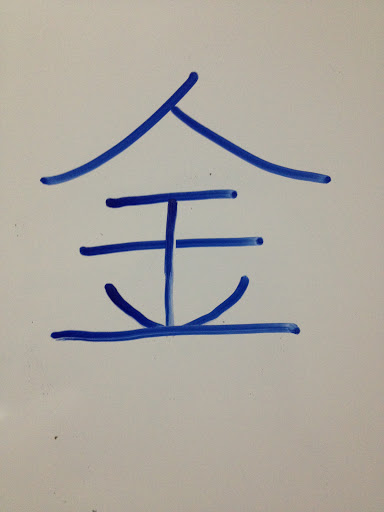 This is gold. Well. Not literally, but the gold kanji.

“Wait! Isn’t that the kanji for money?” You ask.

Yup! That’s right. The kanji has two pronunciations. It can be read as kin, which would mean gold – both the metal and the color), or it can be read as kane, meaning money (also means metal, but is a far less common usage). Well gold is a form of currency after all, so this makes perfect sense. 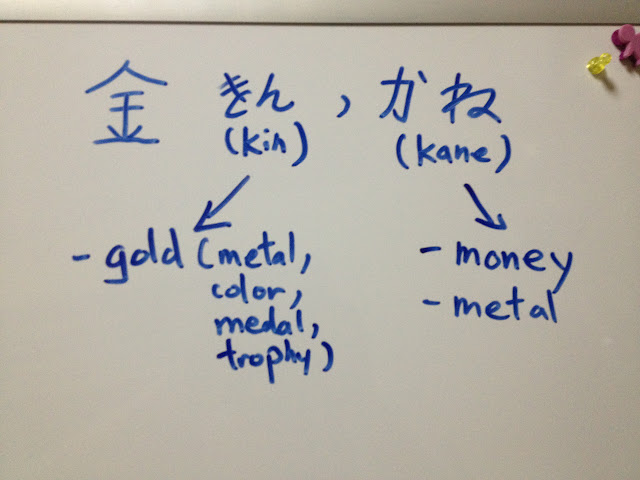 The definitions of 金.

Ok. So you’ve learnt the pronunciation and the definition, time to learn how to write the kanji! 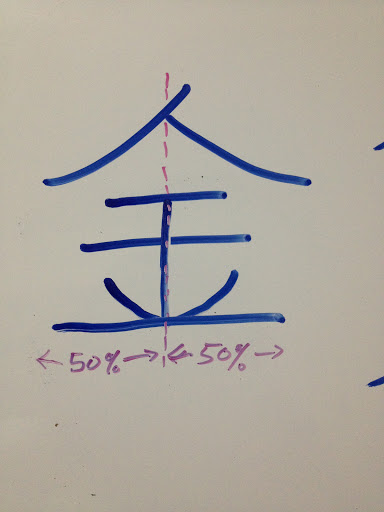 Take note of the word proportions when writing.

And the length of the horizontal strokes! If the proportion and lengths are wrong, your kanji will look loopsided and sloopy. 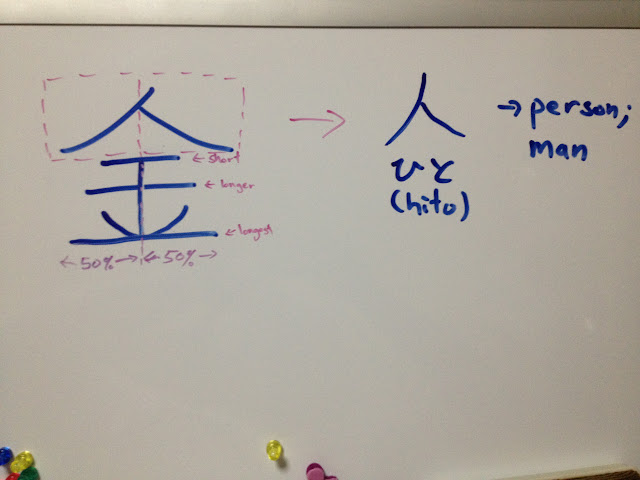 Breaking down the kanji, you’ll see that it’s made of two parts. The top part being the radical of the 人 kanji.

Well, the word 金 itself can also become a radical, but more on that next time! 🙂