I got a whiteboard sometime back, and since I love writing on whiteboards, here are three words that I’ll highlight… 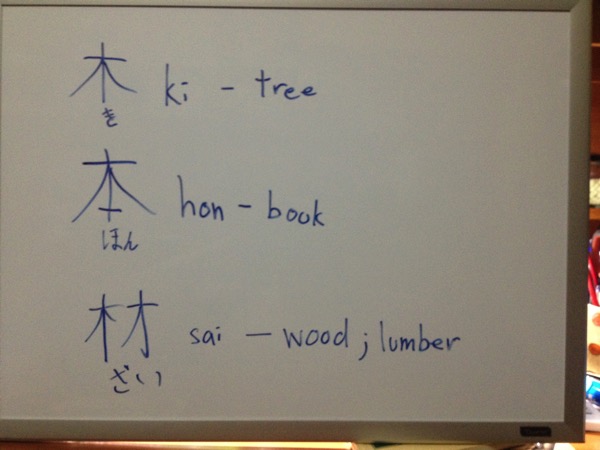 The first kanji we’re looking at is 木, meaning tree or wood.

As you can see in the second kanji, by adding a single stroke, we get 本, meaning book.  The 木 kanji can also be used as a radical, as seen in the last kanji 材. Knowing how the parts of a kanji is broken down, especially the meaning of the radical can be extremely helpful in helping you remember how to read/write the kanji. Often times, the radical hints at the meaning of the word. As in this case, 材 – lumber, comes from trees.

Here’s a look at the kanji stroke order: 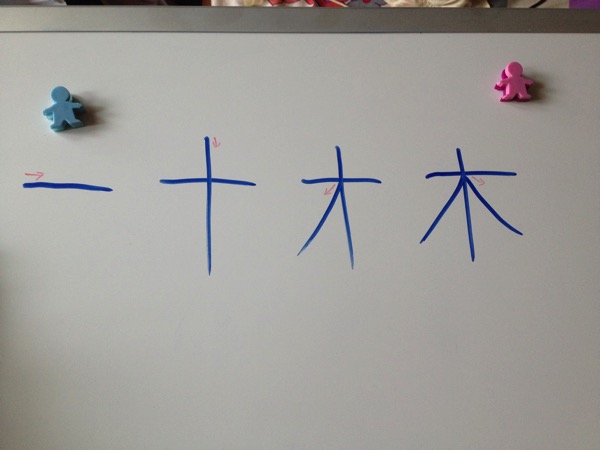 Stroke go from left to right, top to bottom, and inside to outside. 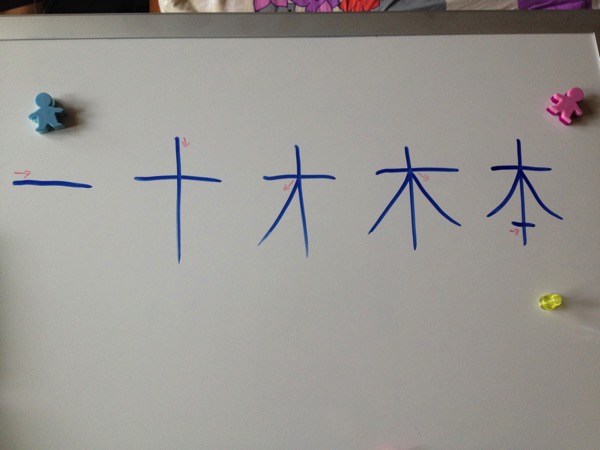 Now this one is easy right? Just add a single stroke more. 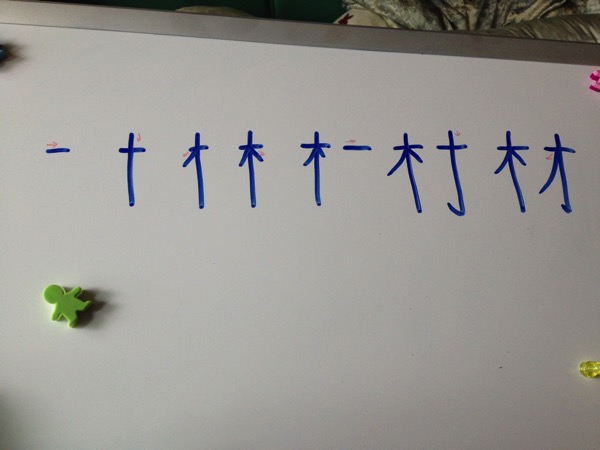 For this kanji, you start off with a shrunk down version of 木. Since it’s a radical, the last 4th stroke is kept small – otherwise you won’t have space for the rest of the word! Divide the left and the right sides equally for this kanji, so you have roughly the same spacing for each side of the word. Also keep the lengths of both sides similar, and place the vertical strokes on the same plane in order to have a symmetrical looking word.

Explanations too confusing? Check out the image below: 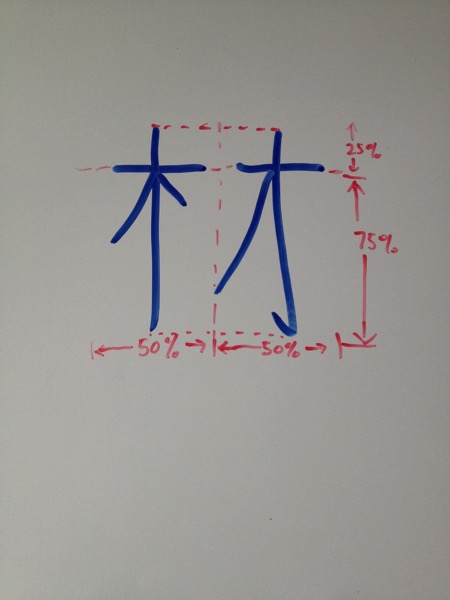 Here’s another look at the word without the red lines. 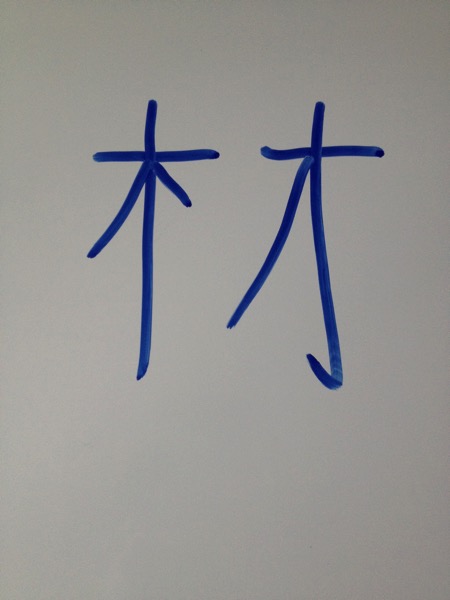 Also notice that you apply less pressure towards the end of the horizontal line or a stroke, so the ends leave kind of like a ‘tail’. That makes the word prettier.

So now you know how to write some pretty kanji! Remember – practise makes perfect!

Hope you found this interesting!