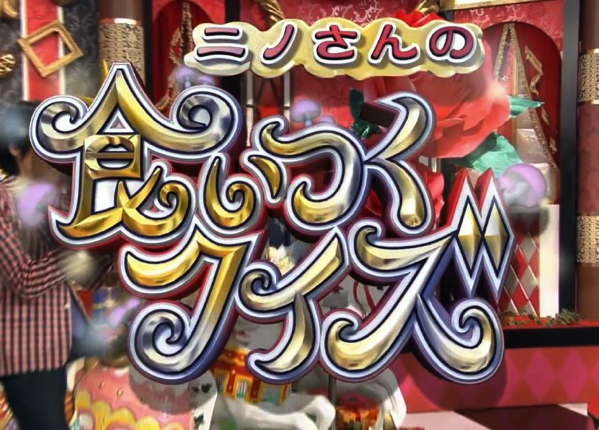 So I’ll like to do a brief review on two episodes of Ninosan. Why two episodes in one post? Because of the format of the show. It’s one theme every two weeks, with the second week being a direct continuation of the first. Read an introduction of the show here.

Anyway, the show this time is about behind the scenes secrets of each job. The title “クイつくクイズ” would roughly translate to “Getting into grips with Quiz”. Basically, each professional comes and give some background to, and share some insights to their job. He/she then gives a quiz regarding their job, for the show participants to “get into grips” with. It’s really hard to explain クイつく. It literally means “bite at, or eat”, and because the secrets revealed can be pretty unbelievable, it’s like the saying of swallowing a story hook, line and sinker.

I’ll share a few behind the scene secrets that I personally found really interesting. 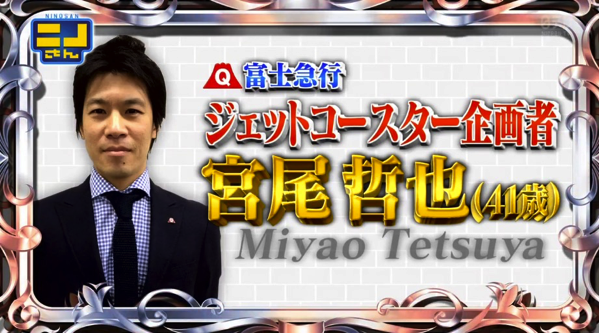 First up we have roller coaster producer Miyao Tetsuya. He has been working in Fuji-Q Highland for 15 years, producing and planning roller coaster rides.

One of the rides that he designed and produced is the Takabisha. 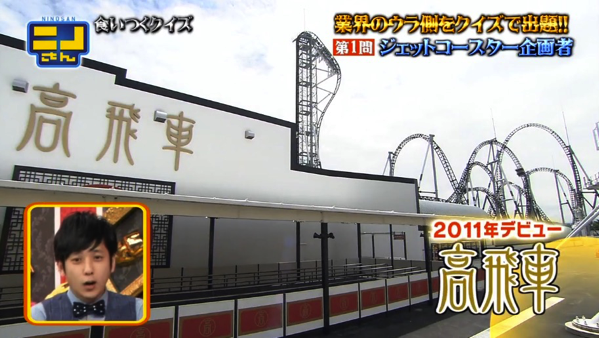 The highlight of the ride would be the vertical drop. 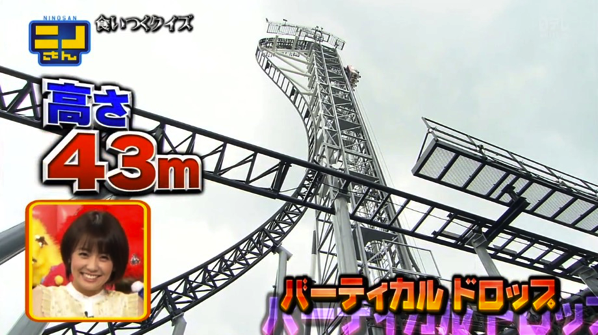 It’s a whopping 43 meters tall and is the steepest drop in the world at a maximum of 121 degrees.

Here’s more details on the ride from the Fuji-Q website.

Question! Who is the first person to get on a newly made roller coaster? 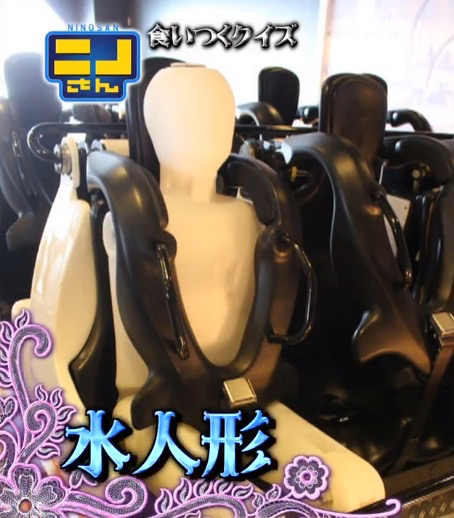 That’ll be the test dolls. They use what they called a ‘water doll’, basically plastic containers in the shape of humans. They’ll fill it up with water to mimic the weight of humans I presume, hence the name. I guess in each place they use different ways to test the coasters huh? I remember reading about some extreme roller coaster in the US, where the mannequins they used for the testing came back with missing limbs. They called inner force pilots to test the coaster after that…

Well so, this was a pretty easy question I guess. Using the dolls they test the braking system, the speed of the coaster – to see if they managed to achieve the designed speeds, and so on.

After the dolls, the technicians from the company who built the coaster will test the rides. Once the internal testing is done, the inspectors from the government will evaluate the safety of the roller coaster.

As for Miyao-san himself, he’ll be the fourth in line to ride the coaster, together with the company president, the staff and the rest of the roller coaster production team. It’s a pretty nerve wreaking ride for the designers. Not because of the ride, but because they are waiting for the feedback from the big shots of the company. After spending 4 years and 3 billion yen… they are betting the future of the company on the ride after all.

After the company staff, the media would try the ride, before the ride is finally opened to general public.

What’s the hardest part in the four years of designing and producing the roller coaster?

Some ideas thrown out by the Nino and the show participants are: Raising funds, placement of the roller coaster (to ensure riders have a great visual view)

Deciding the name for the coaster.

Ahhhh the name. That totally makes sense. A good name is essential to successfully marketing, and eventual success of the ride.

The name is decided at the very end. In the case of the Takabisha, they decided on it because the rail and pillars are thin. Comparing it to the other existing rides, it’s like a sister among the rudy brothers, hence the choice of a more feminine name. 100, or even over 200 names were suggested before they finally decided on Takabisha.

So that’s the behind the scenes story of a roller coaster designer! Interesting eh?

Next a hotel concierge shares the top 3 unusual places tourists ask for directions to. 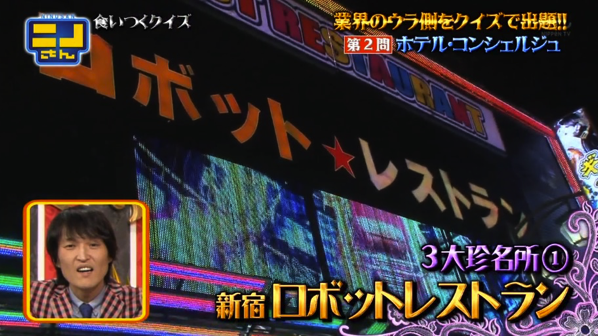 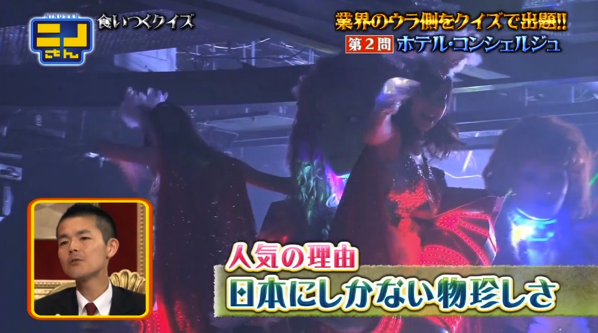 In third place is the Robot Restaurant in Shinjuku. Reason why it’s so popular? Because it’s found only in Japan. Most of the visitors are tourists. 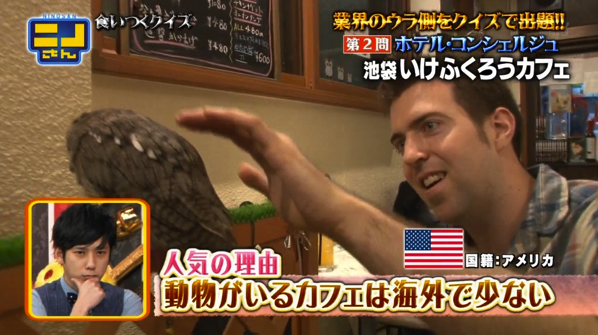 In second place, we have the Owl Cafe. Outside of Japan, animal cafes are rare, hence the popularity of the café amongst tourist.

Quiz time! What’s in the number 1 spot then? 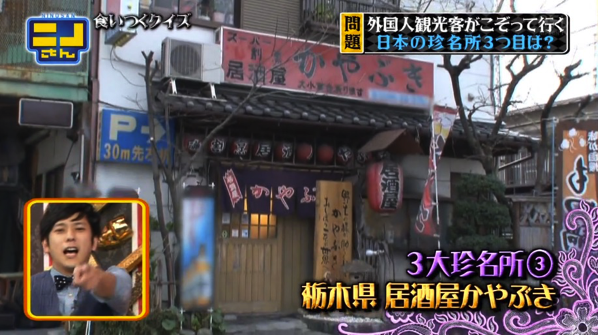 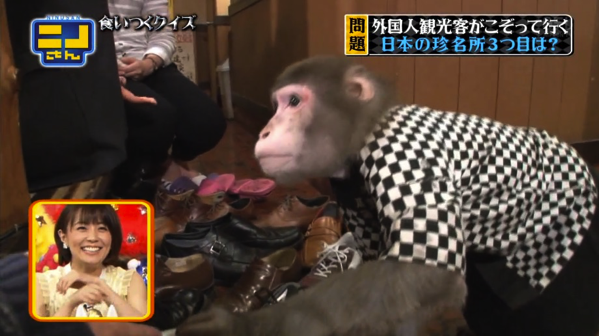 Macaque monkeys work and serve the guests in the tavern! 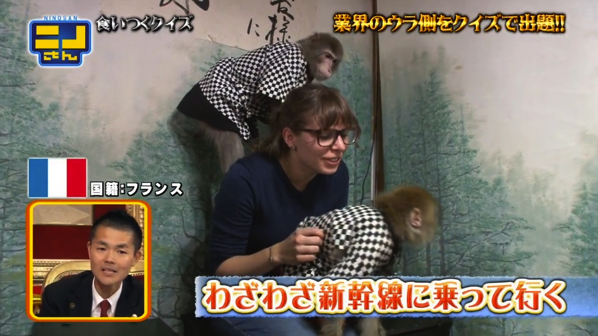 Many tourist purposely ride the Shinkansen (bullet train) out of Tokyo just to visit the shop. 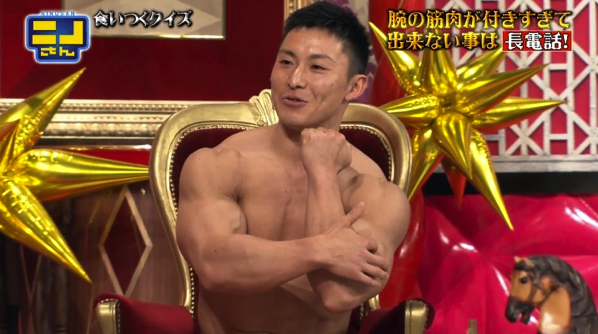 Because his blood vessels are building out, bending his arm to hold the phone to his ear presses on the blood vessels and prevents blood circulation. He’ll end up trying to sandwich the phone between his face and shoulders, or holding it with the other hand.

Finally, food stylist Noriko Senrui shares about her work. What a food stylist does is basically present food – both dishes and ingredients – to make them look appealing and delicious in commercials.

Recently, the trend is to use high speed cameras to film the food in motion. The super slow videos shows the food in lively motion. They often show the food bouncing. There are various techniques to making the food ‘bounce’, for example putting a lot of the same ingredients together, then line the bottom with something soft, and dropping all the ingredients at the same time with a computer controlled device. 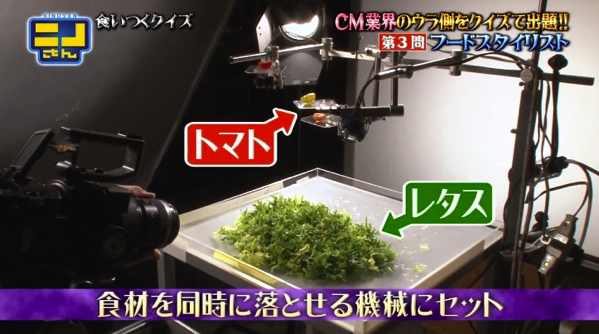 Here’s how the filming set up looks like. Lettuce on the table, sliced tomatoes on top. The tomatoes are placed on a computer controlled device that drops the tomatoes at the same time.

At the press of a button, the tomatoes fall onto the lettuce. It’s over in an instant. 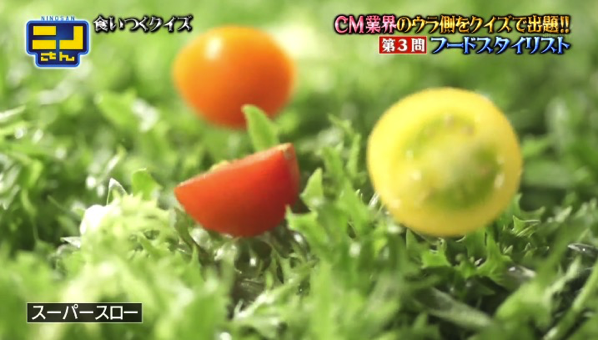 On the super slow video, you can see the tomato halves bouncing ever so gently on the lettuce. It almost seems as if the tomatoes are dancing. 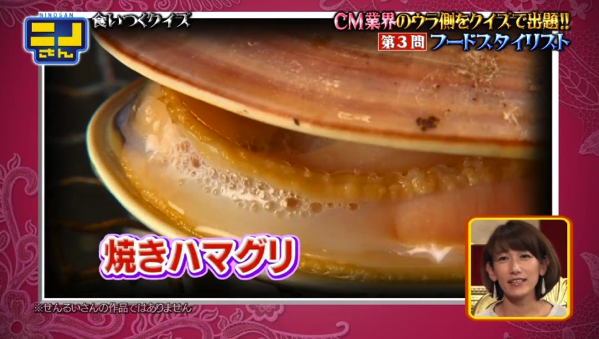 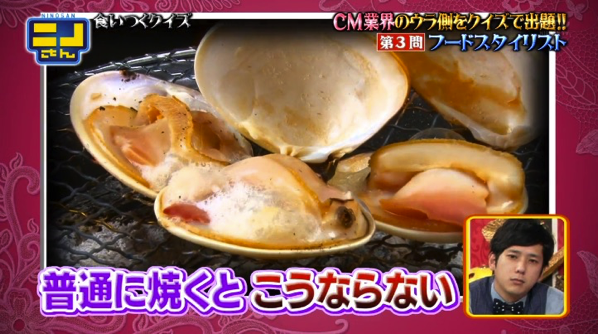 It’s a video footage showing the delicious BBQ clam. Something is altered in this video though… you won’t see this when cooking clams normally. Just what is wrong? 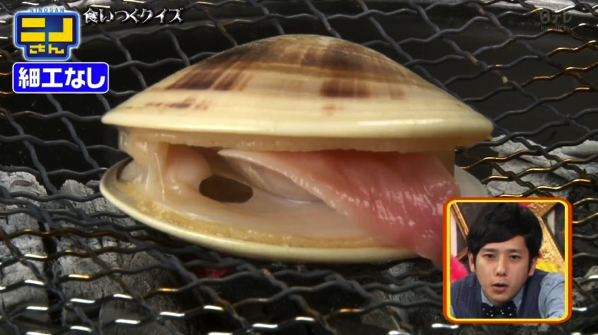 To find out, let’s see a normal, unaltered video of BBQ clams 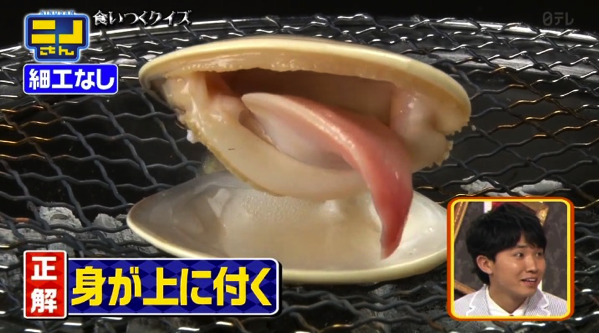 For the videos, they used clams that’s already been cooked, and use various techniques to pull the shell open one cue.

Alright! That’s all for this review. I hope you found those behind the scene stories interesting! There’s more covered in the show, do watch it for yourself!

Let’s end off this post with some pick up vocab. Definitions taken from jisho.org.

Permission is needed from the government before the roller coaster can be built.

So the Takabisha costs roughly 30 億 yen to built. Or 3 billion yen.

The word came from “poly-tank” in English. This is a word made in Japan. I can guess the word poly-tank probably came from… polyester tank or something. In the show, the word was mentioned when they used “poly-tank” dolls to test the roller coasters.

From above, the “poly-tank” dolls that the roller coaster designers in Japan calls “水人形 (みずにんぎょう, mizu ningyou)”, or literally “water doll”.

In the show, the phrase 躍動感 was used. 感 means feeling; impression. So 躍動感 would mean giving the impression of motion/movement. This was used when they talked about how the high speed cameras was used to make food look pretty in motion.

The orient clam and BBQ.

This phrase is made of two kanji. 貝 (かい, kai) means shell or shellfish. 柱 (ばしら, bashira) means pillar; post, or support;prop. So it literally means the “support for the shell”. Considering that the adductor muscles are what controls the opening and closing of the shells in the shellfish, it’s a very apt name indeed.